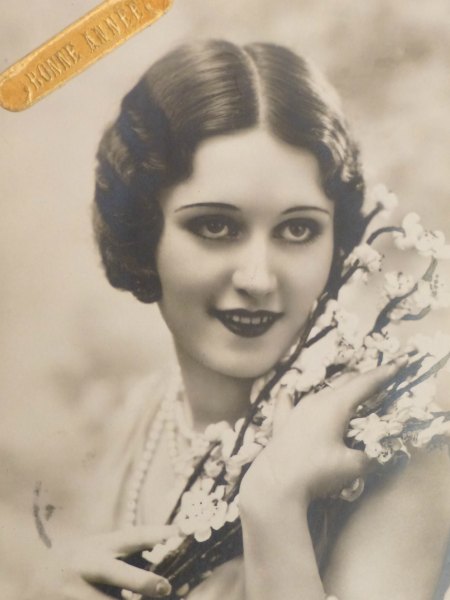 In the 1920s makeup came out of the closet, and became, if not exactly respectable, an essential part of the fast living, young lady's beauty kit.

No self-respecting flapper would be without her compact, her rouge and her lipstick.  Applying cosmetics in public, along with smoking and necking were the new emancipated women's ways of shocking their elders. 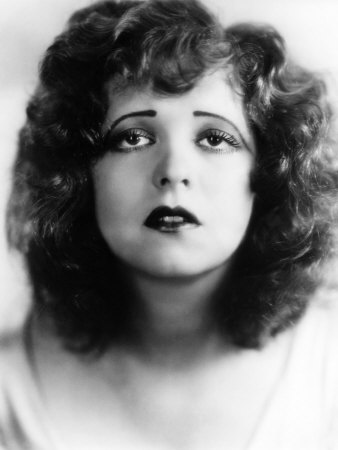 The eyes were the window to the soul, and the actresses main expressive tool were huge eyes, rimmed with kohl.  The face, in contrast, was whiter than white, and the lips blood red.  The vamp look was topped off by the turbans or cloche hats made popular by Paul Poiret and other Paris fashion houses.

The Origins of the Term Makeup

Said to be coined by Max Factor, the term makeup became widely used in the 1920s.  Pancake makeup had been invented in 1914, and mini powder compacts, rouges and lipsticks began to be manufactured which could easily fit into the smallest of clutch bags. 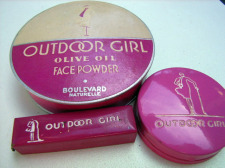 Outdoor Girl makeup was a brand which appealed to the new sporty types, who motored around the countryside, playing golf and tennis and even swmiming. There are some wonderful examples of Art Deco design packaging with stylised young things playing games in the outdoors. 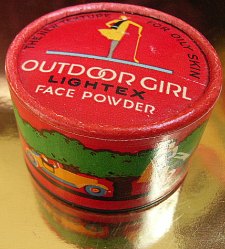 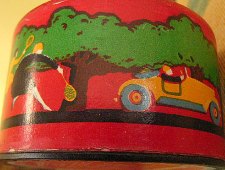 More elegant and with designs more for the evening were brands such as Nuit de Paris and Neige de Cevennes, whose powder and rouge boxes were works of art.

1920s cosmetics compacts and lipstick holders became more and more decorative, with jewel encrusted compacts in every precious material, and soon cheaper imitations flooded the market, and even the throwaway cardboard brands were works of stylish design and elegance. 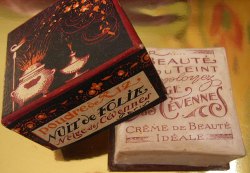 Foundation colours were more skin tone and ivory, with pale pink rouge and softer colours like peach and raspberry for lipstick.  Stronger colours made a comeback in the later 1930s, with the influence of Hollywood, though the fresh-faced outdoor girl next door look still prevailed.