A M Cassandre is the best known and most widely collected of the Art Deco poster artists.

He is most famous for his transport posters, depicting the power and the grandeur of the massive ocean liners (Normandie, L'Atlantique) and the speed and majesty of the magnificent steam trains (LMS Bestway,for a British train company, now very rare, and Etoile du Nord). 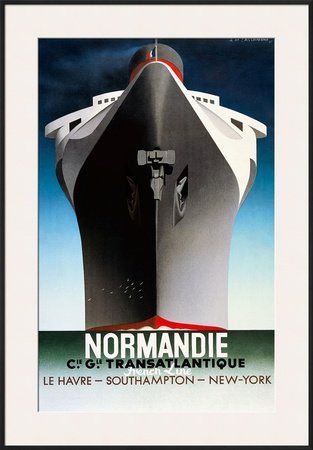 His series of posters for the French aperitif Dubonnet is also very typical of his work, as it shows a Cubist inspired figure, who gradually gets filled with colour as he drinks from his Dubonnet glass. 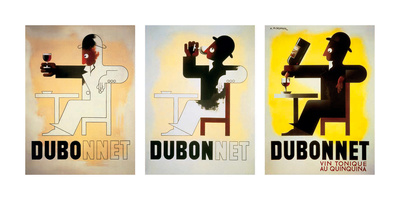 The Life Of Cassandre

Born Adolphe Jean-Marie Mouron in the Ukraine in 1901, Cassandre, as he was later known, emigrated to Paris at the age of 14 and studied Art at the École des Beaux Arts and the Acadaèmie Julian. He won the Grand Prize at the 1925 Paris Exposition, and soon his adverts for the furniture company Au Boucheron were on hoardings all over Paris.

His work is striking for its simplicity, its stark outlines and his very plain, unadorned typefaces.  He integrated the text into the overall design of the poster, one of the first graphic designers to do this.  He was influenced by Futurist architecture, the Cubists' use of form and the Fauvists' bold colours. He developed several original typefaces throughout his career including: Bifur (1929)and Acier (1930).

In the late thirties he worked in New York, freelancing as a commercial artist for companies such as Harper's Bazaar.

Click here for more details about his life and works.

Check out the original posters available from Rare Posters.

Influence on Other Artists

He had a wide influence on other graphic artists, seen in works by artists like the Dutch Willem Ten Broeks and the Japanese Munetsugu Satomi.

The Alliance Graphique was formed in 1930 with Charles Loupot and Maurice Moyrand, a graphic design company where many of his posters were printed.  Other firms such as Hachard & Cie, Draeger, Paris, L. Danel, Lille, Sauberlin & Pfeiffer S.A. Vevey: and Coen & Cie, of Milan also printed his posters. 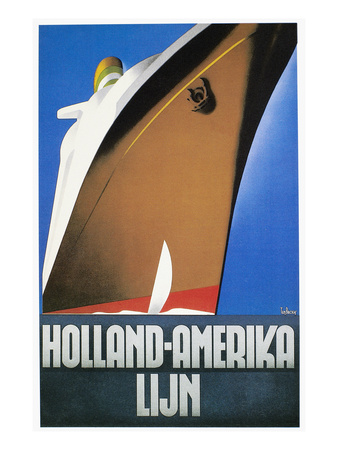 Spurious works have been created in his style, with his signature.  In particular a fake poster for Croix Verte (the Green Cross).  Make sure when buying originals that you do your research and buy from reputable dealers.  Fakes can be spotted by the wrong paper, and by the wrong printers.

You don't have to be rich and able to afford the originals, with all the responsibility for conservation that entails.  Affordable quality reproductions are available from Etsy of several of A.M.C's greatest posters.  Click on the posters on this page for more details. You can buy them framed or unframed. 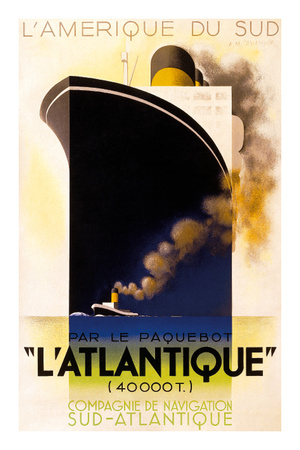