Fashion of the 1920s in Period Costume Dramas

We all love the Fashion of the 1920s.  It was so glamourous, feminine and free.  It reminds us of the roaring twenties, jazz, the Charleston, drinking cocktails and staying out all night!

So it's wonderful when we can watch excellent period TV dramas which bring that era to life again for us.  I, for one, wish I'd been a rich aristocrat from the 20s.  What a frolic!  It would have been one long party.

So this page includes some of the best dramas I've seen which are set in the 1920s and have the most fabulous costumes to die for.  If I could have just one outfit from any of these shows, I'd be in heaven.

The stories are great too - totally engrossing.  Back soon. . . . off to watch a few more episodes.

Make sure you get to the bottom of the page where I've shared my favourite video clip from the hilarious Jeeves and Wooster - it's Art Deco heaven!

The House Of Elliot Reviewed 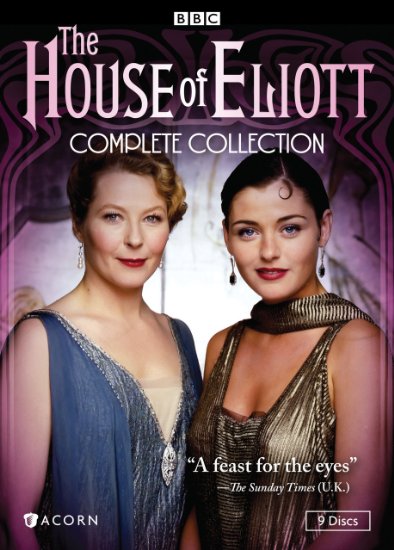 The House of Eliott Complete Collection - Buy Now from the USA

If you love the fashion of the 1920s, you will adore The House of Eliott.  My all time favourite costume drama, it has clothes to die for. The story of two young women, left penniless, who start out making their own clothes and finish up running a prestigious London fashion house competing with the best of Paris haute couture.  Like the best of BBC dramas, the historical accuracy is excellent, and we see the development of fashion in the 1920s as the story in the three series unfolds.

The story line is compelling, with the scandalous love lives of the protagonists, the gossip in the workroom and the real life dramas on the streets and in the pubs.

When Bea and Evie go to New York, I wished I could have jumped onto that ocean liner with them.  They dance the night away to the latest jazz in the most daring flapper outfits yet.

The episodes in Paris are so beautifully filmed, you feel like you've been transported to the Golden Age of Paris Fashion.  As well as the haute couture glamour of the elite, we also get a feel for the lives of the working woman of the 1920s, the strikes, the poverty, but also the optimism of the times.

Whether you've seen it before or not, The House of Eliott stands the test of time and is as fresh now as it was in the 1990s when it was first shown.  If you've never seen it, you have missed a gem, and if you have, it is well worth a second visit. The clothes, the hats, the jewellery - all the history of the fashion of the 1920s - with decor, scenery, cars, furniture, all evoking that fabulous Art Deco Golden Age of Fashion. I shall keep the DVDs on my shelves for many years to come.

Buy Now from Amazon USA. Clicking here doesn't commit you to buy, but you can find out more information and search for your shipping costs etc.

For DVDs from the UK or Australia, click the following links:

Starring our beloved Maggie Smith along with Hugh Bonneville, Michelle Dockery and Laura Carmichael, Downton Abbey is an updated 'Upstairs Downstairs' exploring the lives of an aristocratic family and their servants from before WW1 and throughout the roaring twenties.

We live through the difficulties they have adjusting to the modern world as post-war Britain becomes industrialised, morals become looser and skirts get shorter!  As usual, the costumes are sublime, and the story line is addictive. 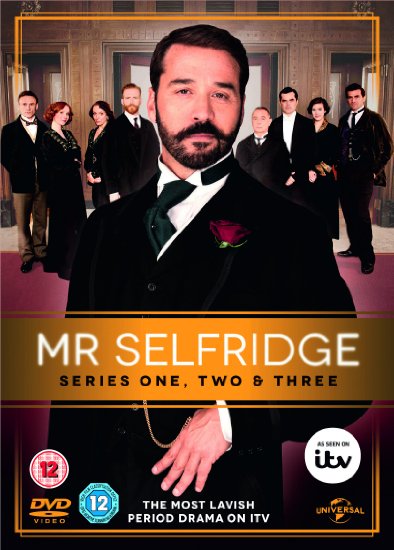 I loved Mr Selfridge. It's a truly wonderful series, and I had a bit of a family connection as my great aunt Florrie used to work in his pioneering department store in the 1920s.  So it was as if I was watching the life of one of my forebears unfold before my eyes.

Based on the true story of the flamboyant American founder of the Selfridges Department Store in London, it opens in 1909 and is a wonderful exploration of the development of fashion in the decade before the 1920s began.  Series 3 covers the post-war period when the new fashion of the 1920s really took off.  Selfridges had it's own French window designer who was instrumental in bringing the latest Paris fashions to London.

Apart from the joys of seeing all the fabulous clothes, it's a gripping story of a man who took enormous risks and who lived life on the edge. A snapshot of London life and retail history.

Selfridge was the first to put cosmetics on display on the counter - they had been hidden and slightly shameful until then!

Buy the DVDs from Amazon UK 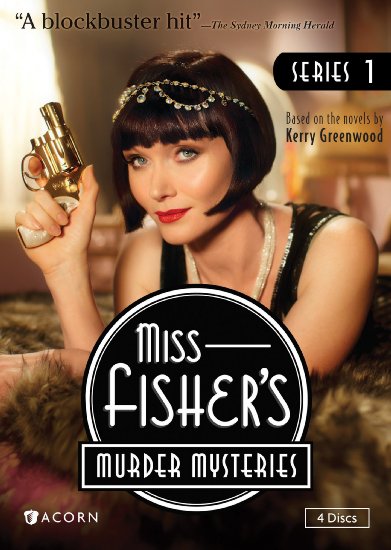 Australia's own female sleuth, Miss Phyrne Fisher has become a huge hit.  Played by Essie Davis, Fisher is a feisty modern woman of the 1920s and probably the best dressed actress that ever graced our TV screens.

The stories are madcap, in typical Miss Marple style where our heroine always comes to the rescue of the hapless and far less intelligent police detectives.

She does wonders for feminism - though some, myself included, might find her a little pompous and irritating.

Totally worth watching for the costumes and scenery though.

Click the image above to buy from Amazon USA, or below for UK or Australian buyers.

The clothes from this show were so sublime, that they put on an exhibition of the fashion of the 1920s which has been touring Australia.  As I write, it's in Adelaide.  If you're lucky enough to catch it, it's a real treat.  I missed it when it came to Parramatta, outside Sydney, but a friend went and kindly took a few photos.  You can see some of them on my cloche hat page. 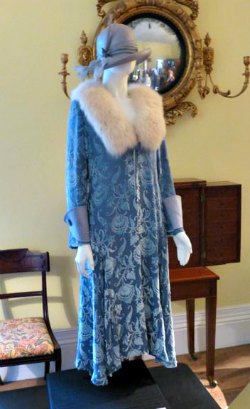 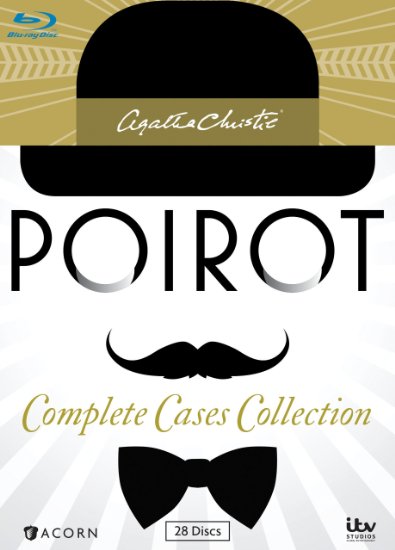 Everyone knows Agatha Christie's Hercule Poirot, especially if you're an Art Deco fan.  The interiors in these shows are so meticulously accurate for the period, and it's wonderful to enjoy the fantasy of living in one of those London 1930s flat blocks.

The female actresses get to wear some marvellous 1920s and 30s costumes too. 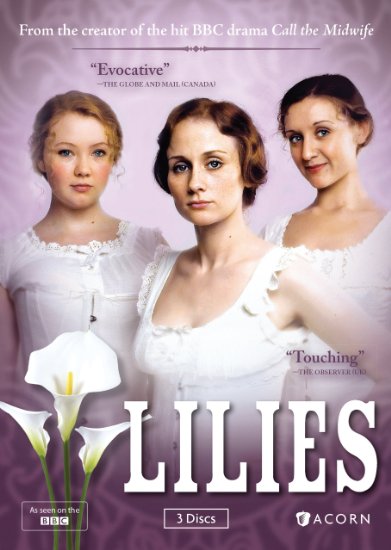 Lilies is a series close to my heart too, being set in northern England.  Liverpool to be exact.  It's very different from most of the shows on this page, as it shows how tough life could be in a poorer household in the 1920s.Having said that, it does have a lot of lighter moments too.  In some ways, it's out of the same box as Angela's Ashes and it is extremely well acted.

We see how the changes of that decade affect a feisty group of 3 sisters, and their brother, growing up with many challenges after their mother dies.  One sister gets a job selling corsets, another trains as an olympic swimmer!

It's fascinating to see how different the fashion of the 1920s was for the working class and how long it took for the new way of dressing to reach women everywhere.

It's just a real shame they only made one series of this absorbing drama. 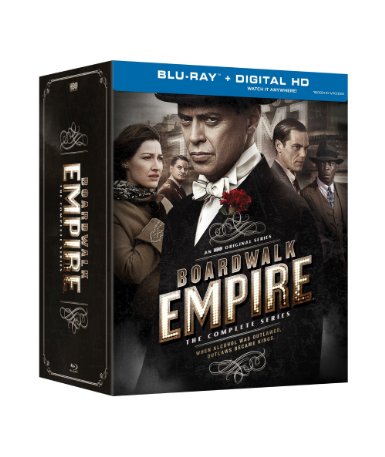 Explore life in the USA during the 1920s and the prohibition era.  A window on a different world across the Atlantic from the genteel lives of the British aristocrats.

This series won a ton of awards, and is amazing!  Sometimes a bit violent, but a true representation of the seamier side of prohibition.

We enter the world of bootleggers, prostitutes, Al Capone, mobsters, corruption, politics, speakeasies and the early years of the jazz age.

Click the image above to buy from the USA. The links below for UK buyers or Australian buyers.

I just had to show you my favourite part of the whole series, when Jeeves is in New York exploring the night-life for a friend who doesn't want to go out but has to write about it.

It's so beautifully done, even down to a bit of old footage of Josephine Baker.  Stephen Fry does such a great job of being a 1920s 'man about town'.  Love this episode. This will give you a little taster: 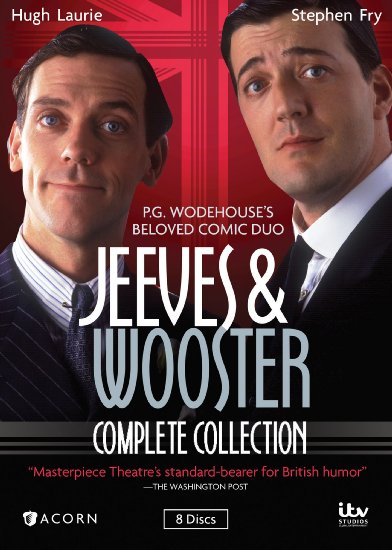 Two of the best comedians ever produced in the UK, Stephen Fry and Hugh Laurie provided a hilarious background to my teenage years.  This series based on the PG Wodehouse novels is one their highest achievements. And the costumes of the 1920s are brilliant in this too.

Such a fun look at Britain in the 1920s for the rich and idle.

Purchase Jeeves and Wooster from the USA by clicking the image above or from the UK or Australia below.